SFSU-IAC is funded by the Advanced Manufacturing Office, under the Office of Energy Efficiency & Renewable Energy (EREE) of the Department of Energy (DOE). Since its inception in 1992, SFSU-IAC has conducted assessments at over 570 industrial facilities. The DOE grant financing the operation of the center is active for the 2022-2026 period.

The IAC program was originally founded in 1976 (then called the Energy Analysis and Diagnostic Center program) by the Department of Commerce in response to the oil embargo and rising energy costs. It was later moved to the Department of Energy shortly after the DOE was formed in 1978. Currently, the program supports 32 IACs at participating universities nationwide. 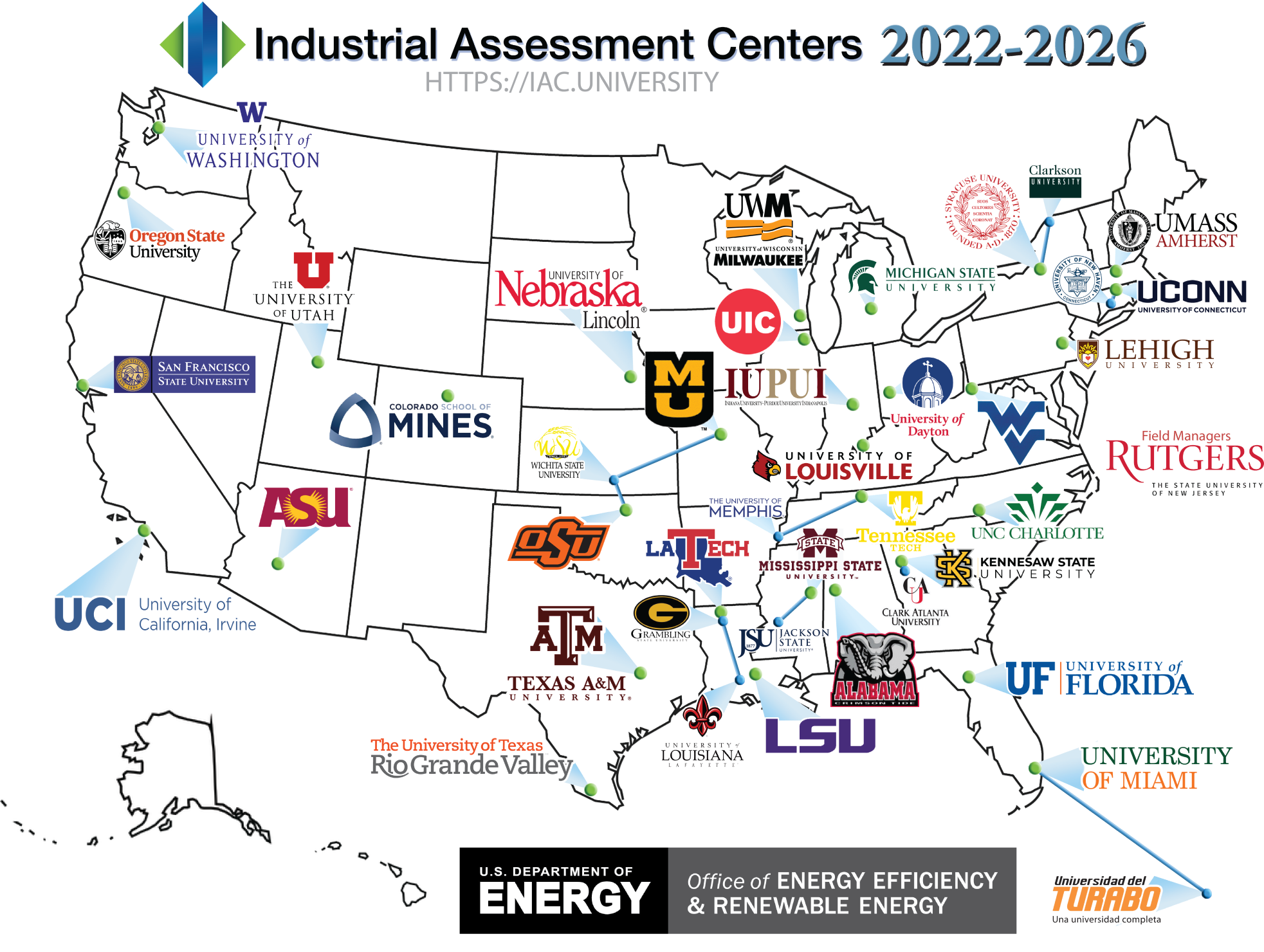 Our Services
Our Team